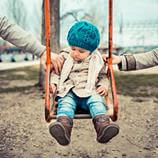 Guest Post by Karen Covey Children affected by Divorce The story is all too familiar. The kids stand on the front steps, consumed by sadness. They watch their father walk toward the car. Silent tears roll down their cheeks while their dad gets in the car and drives away. As soon as he’s out of view, he chokes up and pulls over. He doesn’t want to lose his kids. But shared parenting seems like an impossible dream. It’s scenes like this one that have fueled the Father’s Rights movement. Over the past few decades, Father’s Rights advocates have slowly been chipping away at the assumption that mothers should always have sole custody of the kids in divorce. For years, fathers have been fighting to have an equal say in how their kids are raised. They have fought to get more time with their kids. Now, they’re